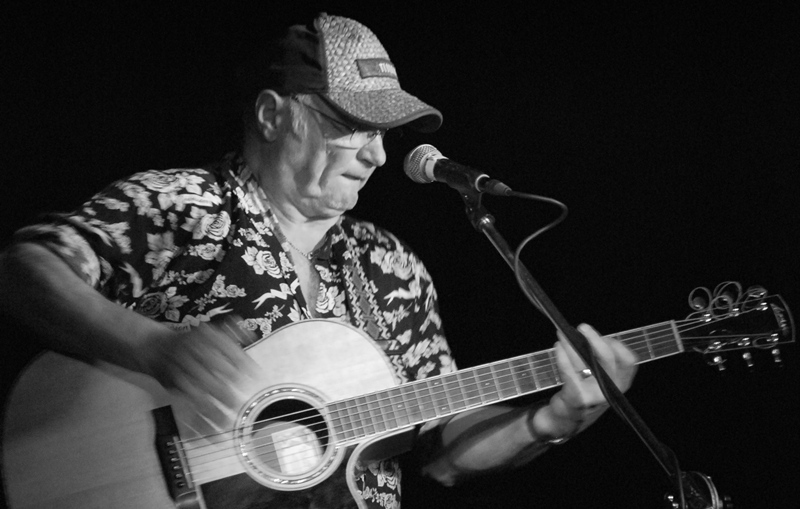 Carningli Nights Out presents their second event with Michael Chapman performing at the Brewery this May after the Tour of Pembrokeshire.

“Michael Chapman was never just a singer-songwriter – his gritty brand of guitar based songs span folk, ragtime, jazz and blues… it’s on the tracks which feature Chapman’s magnificently bleary vocals that this album really scores. Hell To Pay and Only Pretend are outstanding tracks, that world-weary voice singing words of bitter experience. This man is so laid back that he makes JJ Cale sound like he’s on helium.”
Michael Chapman first became known on the London and Cornish folk circuits in mid-1966. Playing a blend of atmospheric and autobiographical material he established a reputation
for intensity and innovation. While living in Hull, East Yorkshire, in late 1969, he signed to EMI’s Harvest label & recorded a quartet of classic albums. LPs like ’Fully Qualified Survivor,’
‘Rainmaker’ , ‘Window’ and ‘Wrecked Again’ defined the melancholic observer role Michael was to make his own, mixing intricate guitar instrumentals with a full band sound. Michael Chapman is one of the UK’s best known finger picking style guitar players. As part of a continuing musical lineage that includes the likes of Ralph McTell, John Martyn, Davey Graham & Bert Jansch, Chapman is still touring and recording and his playing is on top form.
Tickets are £10 and are available to buy from the Brewery website:
http://www.bluestonebrewing.co.uk/product/michael-chapman-ticket
There will be food available from a local caterer to buy at this event.