A spin around the Paul Ties 106 mile route 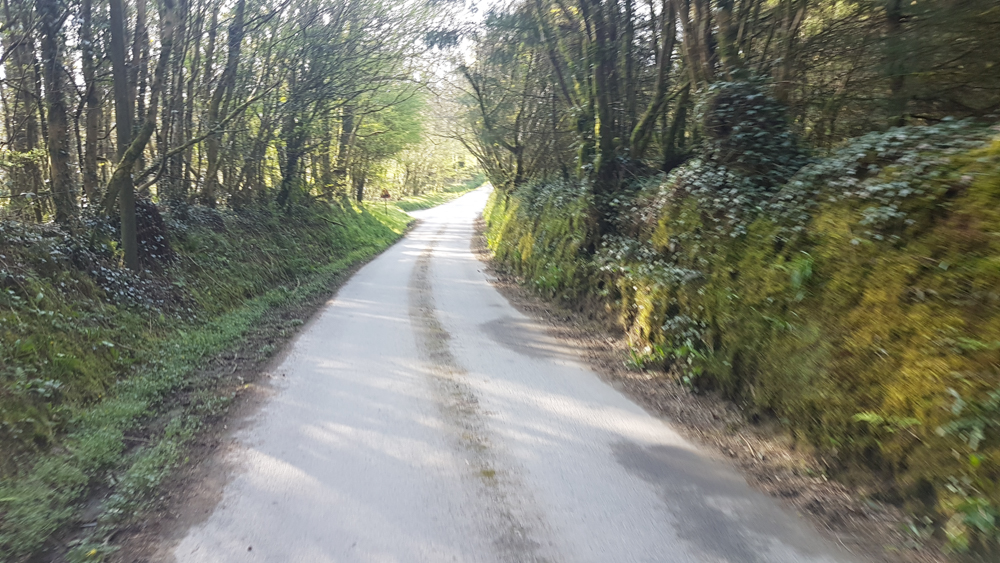 I help with the promotion of the Tour of Pembrokeshire and put together many of the videos and photographs that riders see in the run up to the Tour and as a result don’t often get to ride the long route on the day. So I like to get out and ride the route in the weeks before the event to get a feel for the route and just to say that I’ve done it for that particular year. It’s also great training for an enjoyable summer of riding, if you can get around the Paul Ties route without blowing up you can be confident taking on most other events. 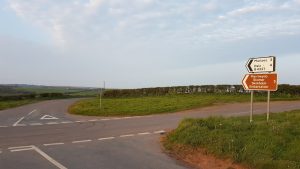 I live in Broad Haven which is on the route, so rather than ride to Crug Glas I started there making the usual first 17 miles of the ride my finish. I set off early with roadside temperatures at around six degrees Celsius, cold, but aware that there would be a temperature shift later in the day, the sun was set to show its face later on!  I was wearing an undershirt, my Castelli Tour of Pembrokeshire cycling jersey (very on brand) and a gillet with arm warmers. I didn’t wear leg warmers or longs as I really didn’t want to get too hot later in the day and who wants to be caught out in a short sleeve cycling jersey and longs (can you imagine?) 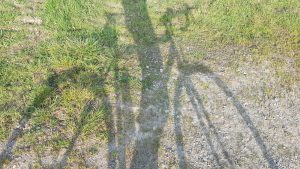 I took it easy and as the saying goes ‘let the effort come to me’, riding off, hyped-up to beat the world makes for a miserable last quarter of any endurance ride. The southern most tip of the Paul Ties’ route takes in Broad Haven, Little Haven, St Brides and Simpson Cross. By the time I got to Plumstone Mountain I was fully warm and ready to ride my familiar route through Hayscastle Cross to Wolfs Castle and on to Tufton. This is my usual route when I ride up to the Preselis so I know how to gauge the effort, especially on the long pull from Wolfs Castle to the first T-junction which whilst little more than a false flat for most of the way is easy to overdo. 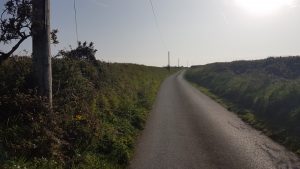 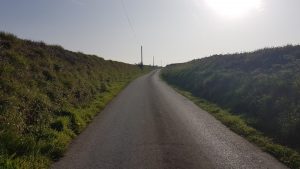 I left my usual route to the Preselis as I crossed the Cardigan Road and headed for the first ‘real’ test of the day; Farthings Hook Hill.  It’s a serious climb and is recorded in Simon Warren’s book; 10 Climbs of the Tour of Pembrokeshire.  It has 20% sections and for the most part is shrouded in trees which have created a kind of green tunnel.  By this time I was warming up and starting to think about removing a few layers, eventually putting it off until the other side of Maenclochog on the open moors before Mynachlog-Ddu. I decided to remove arm warmers and gillet but I kept my ‘Head Thingy’ on, I went from too hot to too cold but knew that I would soon become used to it and also that the temperature was only going to increase. 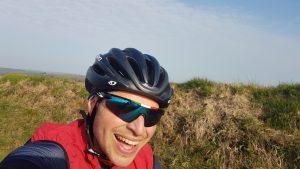 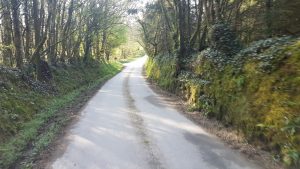 By the time I rode through Crymych the sun was high and bright and I was making great progress, not yet halfway on my particular loop but past half way for the rider on the day of the Tour of Pembrokeshire (my loop started 17 miles along the route).  I was carrying a selection of food and two 750ml bidons, one of which was plain water and one with an energy drink / electrolyte.  At this point I ate a flap jack from my store of: two flapjacks (home made), one banana, one energy drink, one energy bar (not home made) and an assortment of four different gels, which I find are a necessary evil on rides of this length as they are easier to ingest in the later stages. 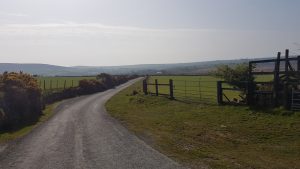 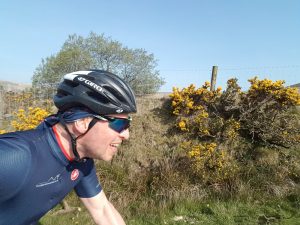 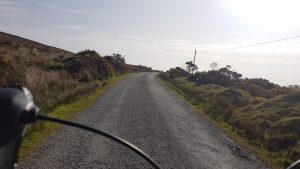 The ride from Crymych to Crosswell and the start of the turn up the Preselis was uneventful, fairly fast and favoured with a 10m.p.h. east by north easterly which I think of as the best wind conditions for completing the Tour of Pembrokeshire. This type of wind helps when you are riding over the tougher elements of the route and when you turn for home but isn’t strong enough to worry you too much when you are full of energy near the start and heading into it. 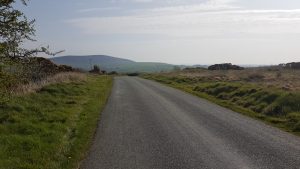 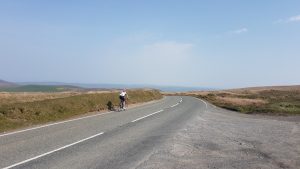 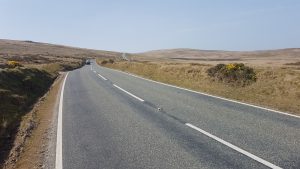 The Preselis are really familiar to me, I use them to train for my climbing trips to the mountains of Europe, so I know every inch and ramp of climb heading South West.  I took this year’s Continental Tyres timed hill climb at a steady pace to enjoy the views with a pit-stop and my other flapjack at the top just by the Pembrokeshire Coast National Park sign. This was my halfway mark for the day and just over 70 miles in for you Tour riders on the 18th of May, from this point a sweeping descent to The New Inn and right turn towards the Gwaun Valley. 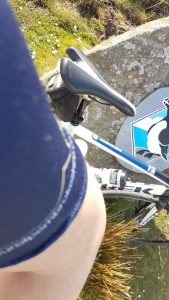 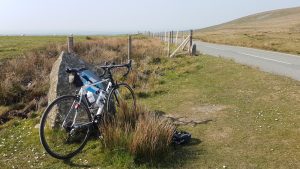 I made sure to take care on the descent into the Gwaun Valley as just before the Bluestone brewery feed stop there is a fast drop which ends in a sharp left hand bend, it will be well signposted on the day and luckily I know where it is so no problems there.  Putting my Tour safety hat on for a moment, no amount of perceived skill will allow you to take this corner quickly, don’t even think about it, just take it easy and you’ll have a better day. 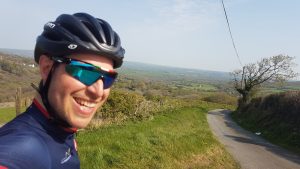 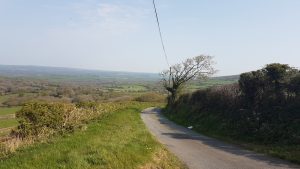 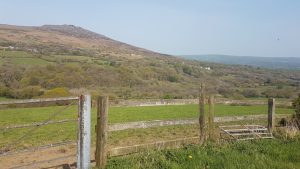 At the Bluestone brewery I chanced in for a bidon top up, it was really pretty hot by now and I was draining my supply. They helped me out with a top up in one of my bottles, water not beer!  I then rode the length of the Gwaun Valley, which is a great experience in the sunshine, undulating roads with high sides and green pastures.  Of course valleys have a habit of ending and when they end you have to go up again, the climb out of the Gwaun is a punishing double ramp flanked by pine trees which took me into the village of Llanychaer and mercifully past the turning with the 25% sign.  It was then a swift run on towards Fishguard. 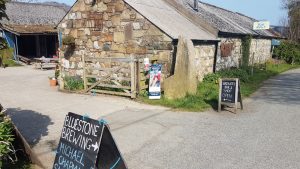 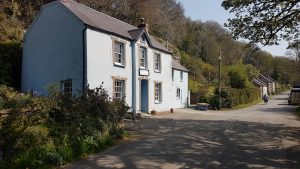 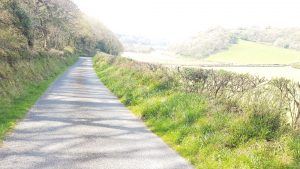 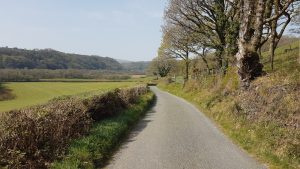 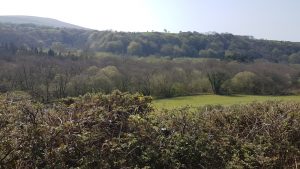 Just prior to Fishguard is a short sharp hill with a 20% section which by now with 70 miles in my legs felt tough, I ground my way up it and was joined halfway by another rider out enjoying the sunshine.  The pride kicked in, I picked up the pace, the other rider slowed down (I’m sorry I didn’t catch your name) and we spent the next 10 miles or so chatting about this and that bike related topic.  This really helped me and was a reminder of what it’s like on the day of the Tour proper, people fall in together for a few miles and talk, passing a few minutes or so with other riders who you may not have met otherwise is, along with the feed-stations, one of the great pleasures of the Tour of Pembrokeshire.

We took on the Stop and Call hill, last year’s hill climb, which is a real ‘kicker’ at this point on the Tour route at around 90 miles (not quite that far for me yet). The top of this hill really makes it feel like you’re entering the last leg of an epic ride with winding back roads all the way down to Mathry, at some point along this section of the route I parted from my sometime road-friend plugged on alone.  The ride up to Mathry is a good climb at this point and ends at a little village green, the perfect place to stop and take on some carbs and remove the undershirt, the temperature spread for the day was in excess of 15 degrees Celsius. 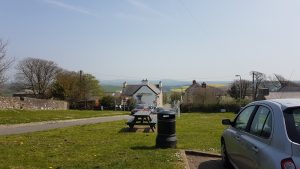 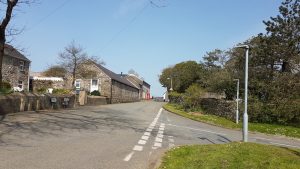 A few ups and downs along the coast though the idyllic villages of Abercastle and Trefin brings up the finishing loop around Crug Glas and entry into the final straight via the main road (the one way system the Tour puts in place here saves a lot of time for everyone).  Of course I had another 17 miles or so from this point following the coast throught St Davids, Solva, Newgale, Nolton Haven and Druidstone before the descent into my finish at Broad Haven.  I was tired and in that survival mode section of any 100 mile ride, feeling good and not so good by turns.  The last ten miles of this familiar training route was a bit of a blur in my memory before the welcome site of Broad Haven beach opened out in front of me. The Tour of Pembrokeshire Paul Ties route completed, in around 7 hours and for a 15 degree temperature span, a great day out on your own and even better with fifteen hundred other riders, some great feed-stations, roadside support and live music.  I’m really looking forward to Saturday May18th. 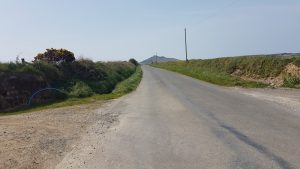 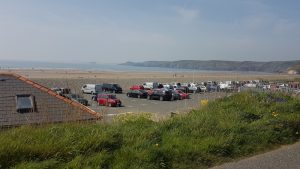 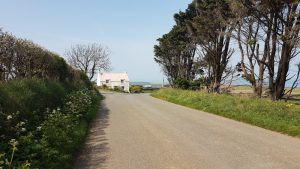 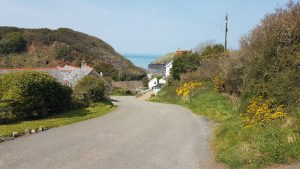